Ending hunger and achieving food security - one of the UN sustainable development goals - is a major global challenge. To inform the policy debate, quantified global scenarios and projections are used to assess long-term future global food security under a range of socio-economic and climate change scenarios. However, due to differences in model design and scenario assumptions, there is uncertainty about the range of food security projections and outcomes. To address this issue, we reviewed a large number of global food security modeling studies that have been published over the last two decades and constructed the Global Food Security Projections DataBase (GFSPDB), which contains harmonized and comparable global projections of key food security variables up to the year 2050. The most recent version of the database (version 1.1) covers data from 24 [studies] and three indicators: total global food consumption (1e15 kcal), per capita food consumption (kcal/cap/day) and people at risk of hunger (million). The database also includes the associated global population projections, which are a major determinant of the food security indicators. We created a dashboard to easily visualize and compare all projections in the GFSPDB.

We found that across five representative scenarios that span divergent but plausible socio-economic futures global food demand is expected to increase by +34% to +53% between 2010 and 2050, which is a substantially lower range than the often cited +60% to +110%. The latter range is based on earlier reference years and methodologies that are difficult to compare. We also found that population at risk of hunger is projected to decrease by -89% to -12%. For a subset of scenarios, food security outcomes worsen under climate change but comparison is difficult because of the small number of comparable projections. The GFSPDB can be used to benchmark new global food security projections and quantitative scenario studies and inform policy analysis and the public debate on the future of food. A paper describing the results and the methodology is currently under review. 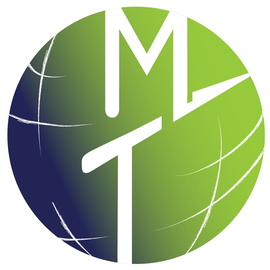